Solving the myths of the JB Christie Trust

Following recent comments regarding the existence, role and purpose of the JB Christie Trust, the Shrimps Trust have produced this summary of the Trust and its role in protecting the existence of Morecambe Football Club. A plan is attached showing the boundaries of the Trust. We hope that this document, which has been rigorously checked and approved by legal sources, finally dispels any myths about the JB Christie Trust. This will be produced as a separate page on the new Trust website so a permanent record exists.

The Trust was created in 1927 by Joseph Barnes Christie. It was designed to guarantee there would always be a place for Morecambe Football Club (the Club) to play football. The Trust was created by him when he gave the land at Christie Park to a group of Trustees to hold for the benefit of the Club.

When Morecambe FC moved to Westgate, the sale of Christie Park could only occur on terms agreed by Lancaster City Council, the Trustees, Morecambe Football Club Limited (the Company) and the High Court. The High Court approved the agreement and as a result the Trustees received the essential football parts of the Westgate development, in the same way as they had at Christie Park. The area over by the JB Christie Trust is shown edged red on Plan A accompany this document. The part of the development hatched with blue lines was not included but, essentially, the Trust received full access rights across all the roads and paths around the stadium (to the extent that they were not already included in the land given to them).

Morecambe Football Club Ltd has a rent-free leaseback of the Trust land for 125 years and owns outright the gravel car park to the east.

The land fronting Westgate on either side of Christie Way was not in the Trust but was owned by the Company. This has been sold.

The land comprising the pitches and community block at the rear are owned by PMG Leisure Limited, which, as of the time of writing, is in administration. These parts are not required for match day operations.

The Lease of the Trust land to the Company stipulates that the land can only be used for football and associated commercial activities. As a result, it is of no use to anybody buying Morecambe Football Club Ltd in the hope of using the land for anything else. It has no alternative development value.

If the Company goes into liquidation and the Lease is disclaimed by the liquidators, the Trust is there to catch the Club and continue to provide the facilities at Westgate.

Note: The original Trust words explaining what was to happen if the Club ceased to exist were interpreted by the High Court when granting the Order to allow the sale of Christie Park and the granting of a new longer lease to Morecambe Football Club Ltd at Westgate. It was accepted by Lancaster City Council and the High Court that the land was intended to benefit the Club, so even if the existing Company ceased to exist, the Club should be the beneficiary. Only if there is no Morecambe Football Club would the default position be relevant i.e. the use as a public park. 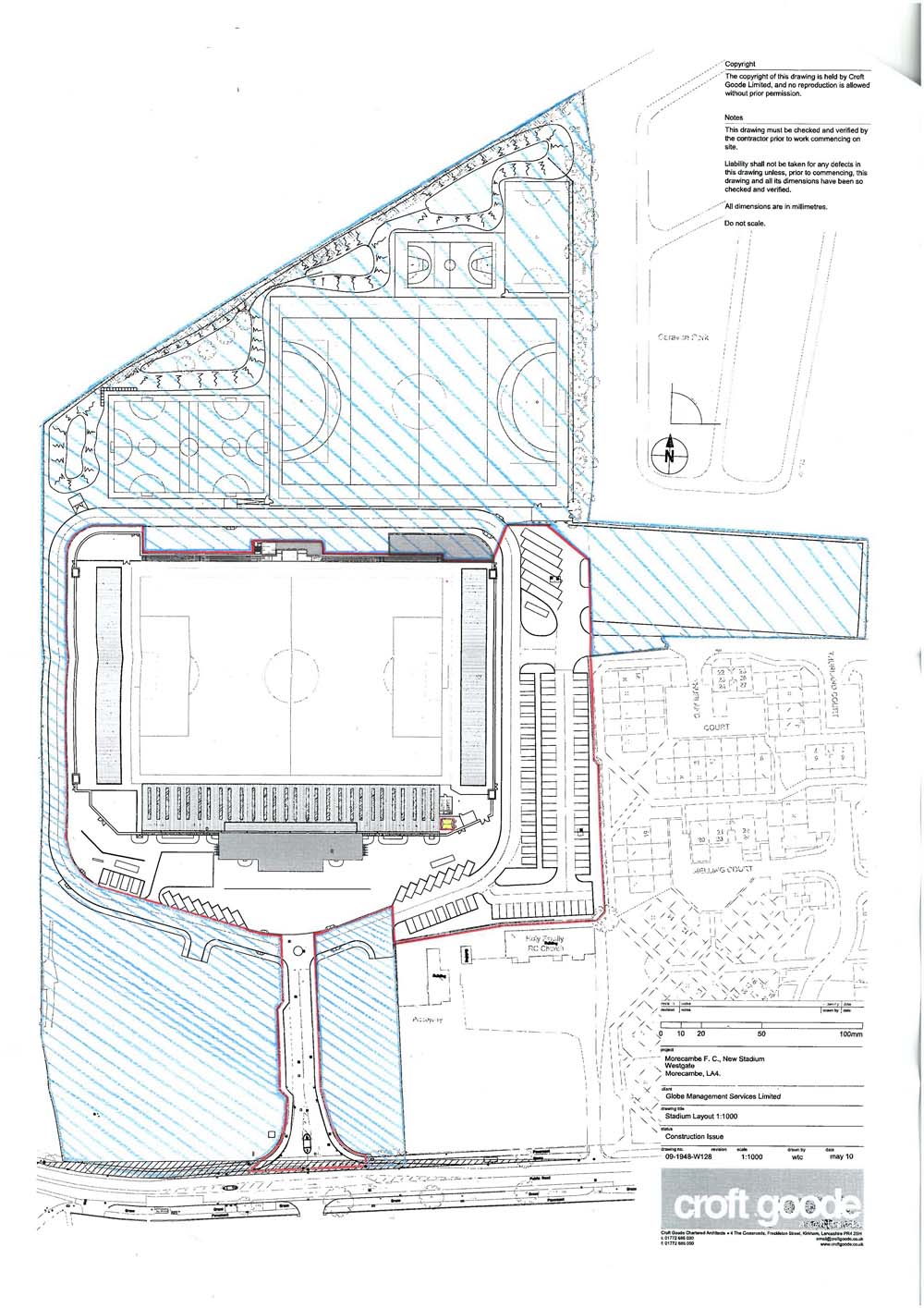